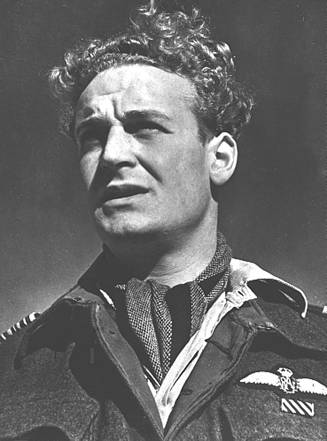 The Cavalier of the Skies

One of The Few

CITATIONS FOR THE AWARDS OF THE DISTINGUISHED FLYING CROSS

"The King has been graciously pleased to approve the award of the Distinguished Flying Cross in recognition of gallantry displayed in flying operations against the enemy to Acting Flight Lieutenant (70868), No. 41 Squadron. This officer has shown great courage and leadership as a flight commander. He has carried out 52 operational sorties over enemy territory and has destroyed 2, probably destroyed 3 and damaged a further 2 enemy aircraft. His keenness and personal example have been outstanding."  - Gazette, 14 October 1941.

"The King has been graciously pleased to approve the award of a Bar to the Distinguished Flying Cross in recognition of gallantry displayed in flying operations against the enemy to Squadron Leader , D.F.C. (70868), No. 238 Squadron. In November, 1942, this officer participated in intensive attacks on the enemy's transports and supply lines. During the period, his squadron destroyed 50 and disabled 90 more transports and 3 aircraft. By his skilful leadership and courageous example Squadron Leader Marples contributed materially to the successes obtained."  - Gazette, 1 January 1943.

Oh, I have slipped the surly bonds of earth

And danced the skies on laughter-silvered wings;

Sunward I have climbed and joined the tumbling mirth

Of sun-split clouds - and done a hundred things

You have not dreamed of - wheeled and soared and swung

High in the sunlit silence. Hov'ring there,

I've chased the shouting wind along, and flung

My eager craft through footless halls of air.

Up, up the long, delirious, burning blue

Where never lark, or even eagle flew.

And, while with silent, lifting mind I've trod

The high untrespassed sanctity of space,

Put out my hand, and touched the face of God.

Who flew Spitfires out of Tangmere in World War 2 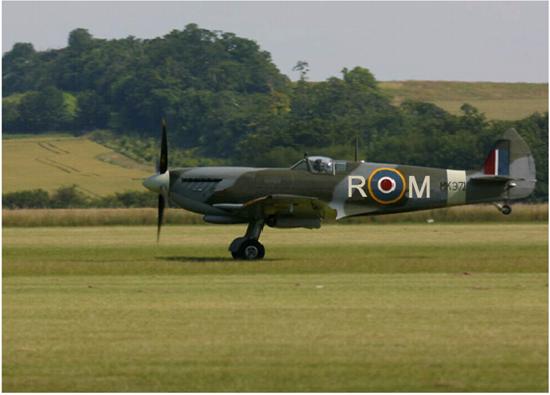 A Mk IX Spitfire dressed to look like the Spitfire Mk IX, MK371,

as the ground crews would have seen Wing Commander Roy Marples taking off from Merston on his last flight,

"Never in the field of human conflict was so much owed, by so many, to so few."