In July 2006 we returned from our pilgrimage to , & to honour the war graves and memorials of 14 members of my family. After landing at we took the opportunity to visit the Battle of Britain Memorial at Capel-le-Ferme, just off the A20 high on the famous white cliffs overlooking the , between Dover & Folkestone. As you enter the Memorial all that can be seen immediately are some earth banks and some information boards. Off to one side can be side replica of the famous Spitfire & Hurricane fighters. One of the information boards shows the general layout of the Memorial, including an aerial photograph of the Memorial (south is at the top of the photograph): 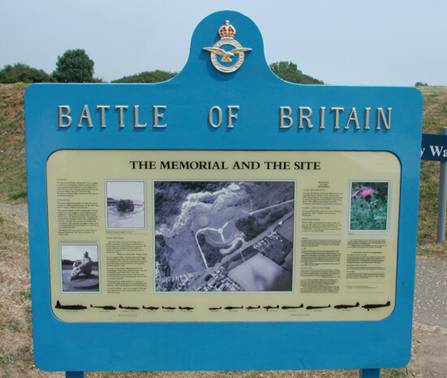 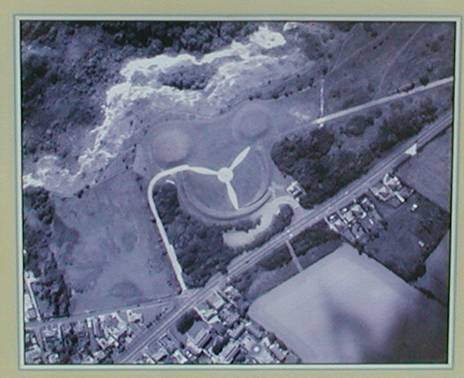 The ground plan is that of the 3 bladed propeller that was fitted to both the Spitfire & Hurricane, whilst the earthen banks are representative of a fighter pilot’s flying helmet and headphones. On the boss or spinner of the propeller is a statue of a seated young fighter pilot in his flying gear looking out to sea whence the enemy came. In the photo below you can see s small piece of the white cliffs. 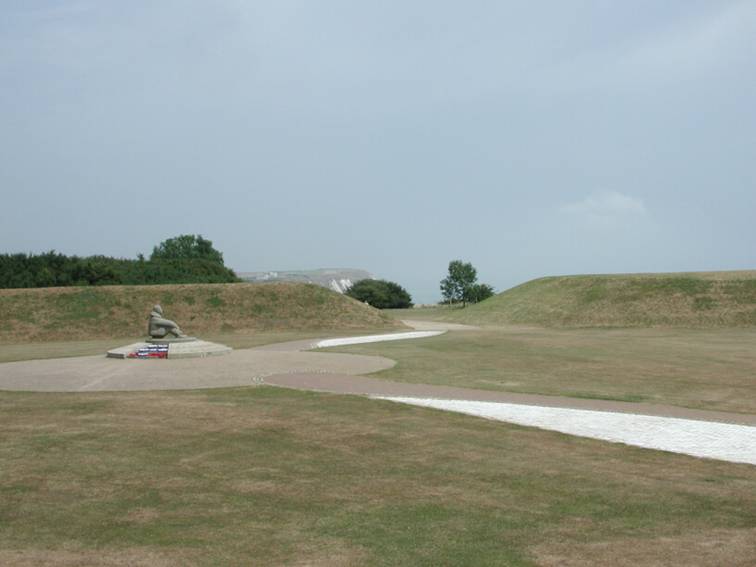 Surrounding the pilot on the boss are carved the badges of all the squadrons which participated in the Battle of Britain. 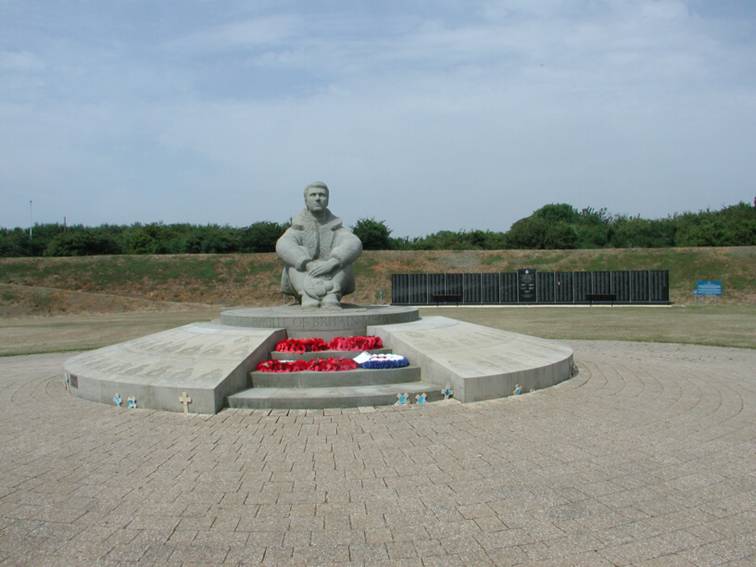 The photo below shows the carving of the badge of 616 Squadron in which my Uncle, Wing Commander , DFC & Bar, then just a Pilot Officer, was serving. 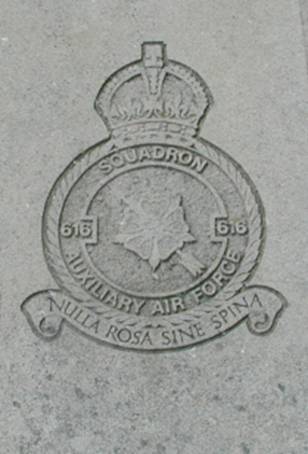 At the back of the Memorial is a wall of polished black granite on which are carved the names of the 3,000 pilots who took part in the Battle of Britain. 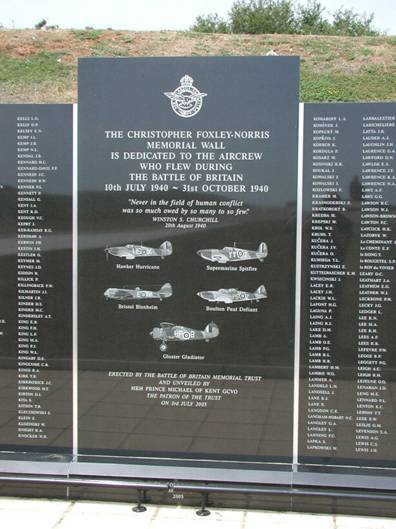 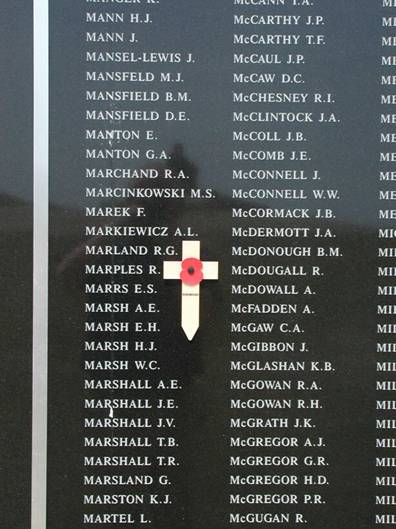 This a simple, but very effective Memorial to the memory of an astonishingly small number of brave lads who, although heavily outnumbered, successfully held off the Luftwaffe, thereby saving the United Kingdom from a terrible fate. I have seen a document prepared by the Nazi’s Gauleiter of Britain designate as to his intentions had the Battle of Britain been lost and the Nazis successfully invaded this country. The was to be reduced to slave nation status in ways to horrible to repeat here.

Had not the Luftwaffe made a huge tactical error by switching their attacks from the RAF airfields to bombing London it is estimated that the RAF could not have held out for much more than a further four or five days. The sheer bravery, courage and drive of these 3,000 pilots, of whom 515 lost their life, ensured that the Luftwaffe did not succeed in gaining supremacy and forced their disastrous change of tactics. Tribute must also be paid to the superb support and unflinching devotion to duty demonstrated by the groundcrews, who worked round the clock to keep the Spitfires & Hurricanes in the air, and by the support staff who worked similarly to keep the airfields open.

The importance of the Battle of Britain cannot be overstated. It was the pivotal battle of World War II. The outcome changed the face of world politics for the next century, and ranks alongside the Battles of Trafalgar and about 140 years earlier, when the defeat of Napoleon had a similar effect. Had the Luftwaffe succeeded in overcoming the Royal Air Force and the Nazis succeeded with their invasion plans, the would have been reduced to slave nation status. Would, under those circumstances, the United States have attempted a liberation invasion across 4,000 miles of ocean, even assuming that it had a political will so to do, especially given the strong isolationist feelings around in the USA at that time? One thinks not; especially as it is extremely doubtful whether Ireland, given its neutrality, and on the assumption of its by no means certain continued existence, could or would allow the Americans to build up its invasion force on their soil.

Winston Churchill had it exactly right when he uttered his immortal words “Never in the field of human conflict was so much owed by so many to so few.”

BACK TO WAR GRAVE CEMETERIES & MEMORIALS